A friend gave me a copy of this and I made the mistake of looking inside.   Then there I was up late, unable to put it down.  Finished it in two days, so definitely there were things to like about it.   I’m not sure why I felt the end was something of a let down.   Because there weren’t enough suspects?  Because we never find out why “Doon”?  People usually get nicknames from somewhere.   I was expecting an explanation.   If I just missed it, let me know.

There’s no heart-shaped charm in the story either.   It begins when a man reports his wife missing in a small town in England.   There seems absolutely no reason to kill her and yet passing psychopath never seems to enter their thoughts.    They investigate, find the body, keep investigating and eventually find some books given to the woman inscribed to “Minna” with love from “Doon.”   The only interesting thing to ever happen to her, apparently.  They were poor and yet she doesn’t seem to have applied for a job although she was working before they moved to this little town.   She doesn’t seem to have liked books or done anything besides clean and cook in the last six months.   Incredibly dull life.   Or was it?    As I say, I couldn’t put it down for the first 2/3, though why I can’t quite explain.  And it was very good for a first novel (probably because it was actually her eighth, though none of the earlier ones were published.)   I can’t decide whether to go on with her or not.   The whole psychologically truthful business doesn’t interest me much.   When I want to read about the criminal mentality, I read about actual criminals.   I always have some doubts about novelists and imaginary criminals.   Not that it seemed unrealistic, I just didn’t care and I think when you’re writing suspense, it’s important that the reader care.   Rendell hated Christie for her lack of realism, but that’s exactly what I like.  Christie wrote puzzles, whodunnits, they weren’t psychological studies of criminal behavior.  It’s a game.   See if you can guess the criminal before the reveal. I think it’s too bad there aren’t more like her.   I generally get enough realism in reality.

Stumbled across this while blog-hopping.   I always mean to read more Classic Classics, maybe this will help get me to actually do it.   We tend to spend most of our reading time in recent years.   At a stretch we push it back to the 18th century, but that leaves over 17 centuries of things unread.  How many over is unknown since we don’t know exactly when a lot of these things were written, but it is a while.  I’m going to join at level 1 – 1-4 texts.

The comment form on achaemenids.blogspot.com is exactly the kind I can’t post in.   My posts vanish without a trace.   It seems to be the most common form on teh interwebs.

Thanks, Karen, for hosting this challenge again!    It does get me reading classics, though not as many as I had hoped, more than I probably would otherwise.   I managed to finish 6.

Classic by a Woman – Persuasion by Jane Austen

Novella – A Study in Scarlet by Arthur Conan Doyle

In Translation – The Plague by Albert Camus

and Humorous – Three Men in a Boat (To Say Nothing of the Dog) by Jerome K. Jerome

All of them pretty short.  The long ones I started remain unfinished, except The Monk, which might or might not count as a Long Classic.  I had an e-version and the page counts varied so much on the paperback versions, but I think mostly failed to make the grade. 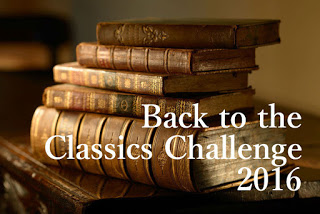 Thanks again, Karen, for hosting next year, too!  Hope you, reader, will join us!

Belated Merry Christmas to those who celebrate it!   Just before Christmas I finished Speedy Death by Gladys Mitchell.  This is the first Mrs. Bradley mystery and after I started it, I realized I’d seen this episode with Diana Rigg.   The show is more like an older Phryne Fisher than Mrs. Bradley as written.   She’s supposed to be fairly hideous, which Ms. Rigg is far from, and has an extremely macabre sense of humor.   She wears clothes which stun with their showy ugliness, but is, of course, very clever at figuring out mysteries. The charming chauffeur of the show is not in the first book at all.

I realized pretty quickly though that they changed the story considerably for the show.   About a third of the way in it seems pretty clear whodunnit, so I was wondering what Mitchell was going to do for the rest.  Naturally, the answer is more crime and throwing doubt on what had seemed the solution.   The story is far more complex in the book than I remember the show.   It’s not a great story, but then I think it was her first book, so there’s time for her to improve.   In fact, I have a major question which might seem spoilery, so stop reading if you’re worried, but in the last murder, why the hell didn’t the murderer make it look like suicide?  It would have been so easy and far more sensible.  Despite this stupidity, I will most likely read more of them.

This works as a country house mystery for Bev’s Golden Vintage Mystery Bingo.

This is one of the books written by the Detection Club (or part of it) back in the 30s.  Originally broadcast as radio dramas to raise money for their club, they were published in the 80s as novellas.   Each chapter is written by a different author, but the tone is fairly consistent.  Agatha Christie and Dorothy Sayers and six others combined their talents to write these stories which may lack panache, but if you like Golden Age Detection, I think you’ll enjoy these.   They don’t rank with their greatest books, but it is somewhat remarkable to pull off the feat at all. 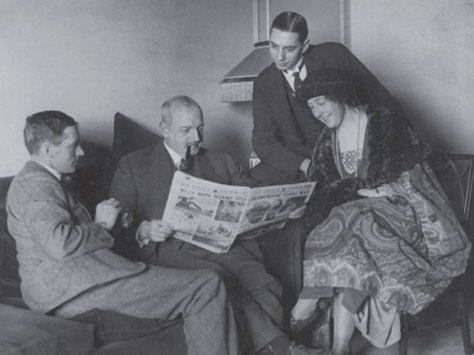 The Scoop –  A reporter has a fantastic scoop – he’s found the murder weapon in a sensational murder and he’s heading back to London to write it up when he, too, is murdered.  The story follows two others who work for the paper as they investigate and try to bring to justice the unknown killer.   A bit confusing with the shops and the pin, but there’s romance and a puppy, so how can you resist?

The second story – Behind the Screen – starts out more atmospherically.  A young man is going to pay a visit to his fiancee.   Everything in his world was just ducky until a disturbing paying guest began to live with his fiancee’s family.   The guest seems to have a mysterious hold over the family and is even horning in on his romance.   But this problem is resolved when the guest is found dead — unfortunately, it was murder  and it looks like it had to be one of the family.   This story is seemingly more straightforward than the other, but I think the solution is a bit cheaty.  In my copy there are printed the results of a contest that took place when the story was performed on the radio.   People wrote in and won money for guessing best.

Historically interesting and gives you a taste of the style of some authors you may not have read, but I think more worth reading if you’re interested in the Detection Club rather than for the pure pleasure of the stories themselves.