I’ve been keeping an eye on The Invisible Event’s list of fairly-clued mysteries and since I’ve only read the Christie and one of Carr’s (hated it), I thought I’d give some others a try.   Having pretty much finished with Dame Agatha, for now anyway, I need something else to fill the time and so the first of these I’ve read is Anthony Berkeley’s The Poisoned Chocolates Case in a great old acidified, flaking, genuine Pocket book.

It’s highly contrived even for Golden Age Detective novel — 6 people have formed a crime club.   They meet regularly and, I assume, discuss crime.   We have no idea what they do in their regular meetings because this is a special meeting from the start.   Scotland Yard have admitted they are stuck and are willing to get some amateur assistance.   The case of Mrs. Bendix poisoned by chocolates that actually burn when you bite them and numb your lips —  she should’ve known better, but she didn’t.   Her husband got the chocolates from a member of his club.  So, we not only don’t know who the murderer is, we don’t know who the intended victim is either.   But these six highly confident amateur detectives are ready to show Scotland Yard up.  They will meet every night for the rest of the week and offer their solutions.    So right off you know that the first five are going to be wrong.

If you like a lot of action, or any action, this is not a book for you.   It is mostly made up of meetings.  It is not without humor and I guess it’s fair-play.   I’m not sure how early one can guess.   I guessed after the fifth person did their bit.   It really became, I thought, completely obvious at that point, though whether it was obvious earlier to others, I don’t know.   Moderately entertaining, though naturally somewhat dated, I might try other Berkeleys.  Not sure it would make my top 100 of mysteries, but then no one seems to please me all that much except Christie and Sayers, so perhaps I’m just too picky to even have a top 100.

Summer is approaching and 746books is hosting the #20booksofsummer challenge (or winter if you’re on the southern side of the world.)  I think I tried 10 or 15 last year.  I think I failed.   Onward and upward.   I’m going for 20, though which 20, I’m not sure.   It runs from 1 June to 3 Sept.   Not sure why third of September.  Perhaps it’s a holiday over there.   Or maybe school starts the next day.   I don’t know.   But who am I to argue over an extra 3 days?   But then if she were American it would probably run from Memorial day weekend which for most of us starts tomorrow which would mean even more days…  oh, well, maybe I can finish something before the 20. 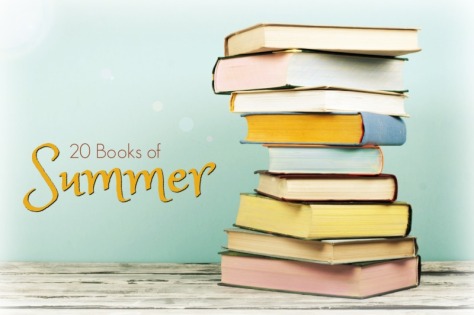 Wish me luck as  I wish anyone joining us!  (Join us)

So, yesterday, Day 5 of Bout of Books 19, I finished Curtain, Hercule Poirot’s final case, though nowhere close to Christie’s last book.   She wrote it during the War in case she didn’t survive so she was not even halfway through her book-writing years.   Considering it was written 36 years before it was published, there’s not much wrong with it.   I tried to read it with an eye to fair-clueing which perhaps I’m just not that good at.  Even though I read it many years ago, I only remembered part of the solution and didn’t guess the rest even though I would say she showed her whole hand.   Or at least enough to guess.   Like Hastings, I see, but do not observe.   Or is it the other way around?

At any rate, it was, as usual, an enjoyable read.   Coming full circle with Poirot and Hastings back at Styles, the house they had their first case in together.   A selection of people and actually, I would put this as one of Dame Agatha’s most clever plots – a fundamental twist on our ideas of murder.  So many of the old, timeworn elements are there, but a new kind of criminal is what they’re after. 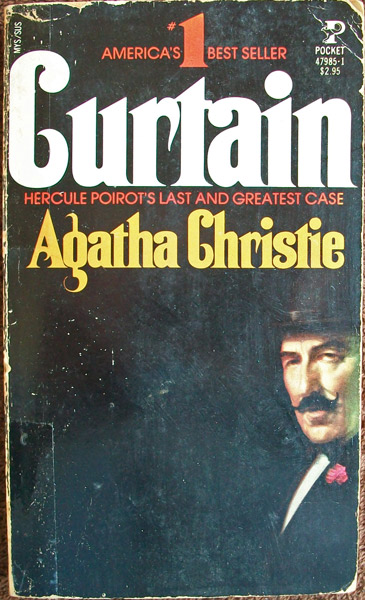 I have a few from earlier years that I skipped for reasons I can’t remember now, but the only one later is Sleeping Murder – Marple’s last case and written around the same time as Curtain.   But what I picked up yesterday is the classic Poisoned Chocolates Case – again because of the clueing.   Some say fair, and some otherwise, but it seems a unique type of story.   A crime club has gotten together and invited a Scotland Yard inspector to fill them in on a case they’ve given up on.   How Mrs. Bendix was killed with a box of poisoned chocolates.   Each of the six members of the club is to present their theory after a suitable interval for theorizing and investigation.

I may not impress anyone with my rate of reading, but having finished a book in 5 days this year is remarkable, so go me, I say.

Good thing I looked at Twitter or I might have missed this Bout.  I’m always bad at the bouts.   They go on for a week.   Who can stay focused that long?   But what the heck, try, try again, as they say.   I started Curtain, the last Hercule Poirot novel, though written 36 years earlier when she thought she might not survive WWII.   Stored in a bank vault.   Not sure why she thought the bank vault would survive, but they both did, fortunately.   I know I read this in my misspent youth, but all I remember is the end.   I don’t remember anything about the plot or victim(s).   It takes place at Styles, the mansion from the first Poirot book, now turned into a cheap guesthouse.   Hastings is, once more, by Poirot’s side, er, helping investigate.   (Which reminds me, I saw the guy who played Japp in a Midsomer Murders the other night.   Didn’t recognize him without the moustache and hat.)  I have Bev of My Reader’s Block to thank for this copy of Curtain.   I won it in one of her contests.   If you’re looking for a good mystery, she has about a gazillion reviews, you should be able to find something.

Another blog I visit https://theinvisibleevent.wordpress.com/2017/05/06/235/ is having a poll/discussion about fair-play detective fiction, golden aged or otherwise.  I bought a bunch of books from the various suggestions of top-drawer fair play fiction and will maybe read a few of those.   There are, among the commenters, vociferous pro- and anti-Christie bloggers.   I’m not very methodical and have never re-read one right after finishing it to follow the clues.   I think back over them, but I’m fairly vague about it.   If it felt fair or unfair, that’s really all it is, a feeling.  JJ and many others seem to be great fans of John Dickson Carr whom I’ve tried twice and thought utterly ludicrous and deeply unfair, but loathed so much I cannot bring myself to reread either The Three Coffins or that clock one.   I will give him another chance though and try to be more methodical.  Maybe the next one will be less painful and wildly improbable.

I’ve never read Ellery Queen and I don’t know why.   As far as I remember, I never even tried him.   Them.   Whatever.   There are a number of others I’ve never heard of and The Poisoned Chocolates Case which I’ve been meaning to read for years.   Various Christies are listed as fairly clued, but I don’t know if I will reread them from that point of view.   Also not sure how long to spend on this, as I already had plenty to read, but I think it will be fun.   No one has mentioned whether Curtain is fairly clued or not, but I’ve already started it, so I’ll go one.   The thing about Christie is, I always want to know what happens.

Having watched the movie Bright Young Things some weeks ago, it ends with World War II which began a good ten years after Waugh wrote Vile Bodies, so I thought the book must have a different ending and got it.   I’ve been reading it since, with many distractions, and it really does sort of end like that.   It’s not WWII exactly, but it kind of is and the movie is pretty faithful to the book until about three-quarters of the way through.  Conversations and scenes much of the way through are exactly as they are in the book,  The performances are excellent, and yet I didn’t think much of the movie and I don’t think much of the book.  Some think it the greatest comic novel ever.  Humor is such a personal thing, don’t you think, or don’t you?   It’s well written, sparkling with wit, I suppose, but it could hardly be farther from Wodehouse which is apparently what he thought he was doing at first.   Then his marriage fell apart and it got darker.   Although I thought it was rather dark from the beginning.  Lord Whatshisname’s suicide, unless inserted later, hardly the stuff of Bertie and Jeeves.  There’s so much cynicism and world weariness.  They’re running around like maniacs trying to have a good time and failing over and over again  And one by one the shattered wrecks of lives pile up — no, definitely not Wodehouse.  All too sad-making. 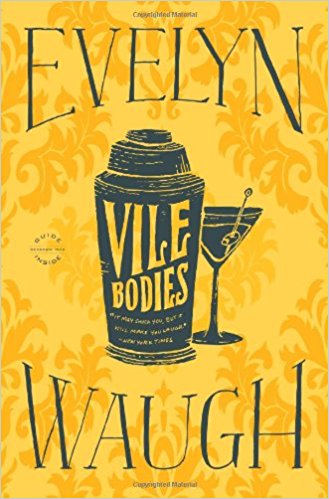 I suppose I should write something more about it, but I’m not feeling it,  If memory serves, you should read Brideshead instead.  Or Wodehouse, if you want something fun.  It does work though as a 20th Century Classic for Karen’s challenge.